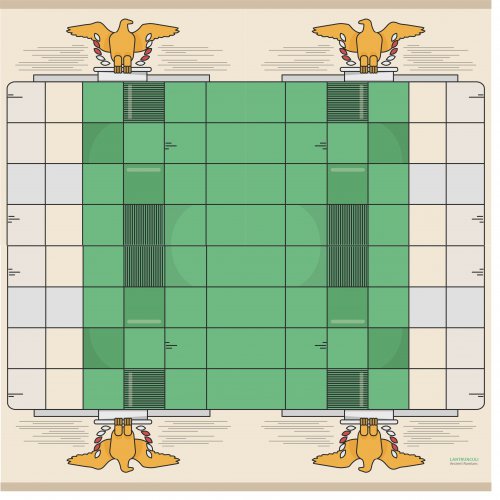 Latrunculi (also called “latrones”) was one of the most popular board games played throughout the golden age of the Roman Empire. It's an exciting game for two games' lovers that appreciate the classics and a bit of fierceness. Not only this game has long-lived history, rich culture within and resembles original chess and draughts, but it also provides perfect opportunity to win... a war.
Interesting fact: The game is generally accepted to be a game of military tactics.